Hotspot in Focus: The Camden Council

CAMDEN AT A GLANCE

Disclaimer: This article is general nature and should not be relied upon. FHBA is not qualified or licensed to recommend locations for your first home. If you do not know where you want to buy your first home you should speak to a licensed professional.

Why the Camden region?

Variety & Lifestyle – Camden is one of Australia’s most historic towns. Fortunately, many of Camden’s heritage colonial buildings and parklands have been retained. Most of the farmland is now the site of modern and affordable housing estates for first home buyers and those wanting a more rural lifestyle. The area still retains some of its original feel, but it also includes the following now:

Therefore, first home buyers in the Camden region can enjoy all the benefits of country living but with easy access to everything a Sydney has to offer.

Transport & Location – With the growth being experienced in the Camden region, the council is committed to ensuring the region receives the funding and infrastructure to accommodate the current and future residents.

The region has recently received a boost with the completion of several projects & initiatives:

Furthermore, talks are currently taking place to link the existing Leppington train line to more suburbs in the Camden Council and other existing train lines in the wider Sydney train network.

Schools –  Educational institutions include plenty of kindergartens and pre-schools, and several primary & high schools.  Some of the more popular schools in the region include:

The Camden region is also within a close distance to tertiary education institutions such as UWS and Tafe NSW. 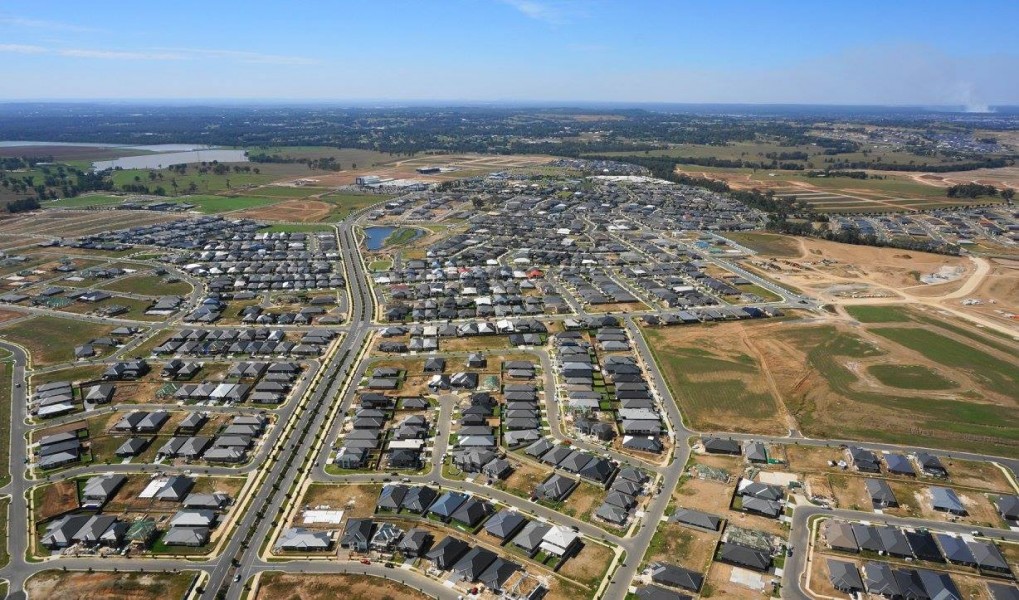 The Camden region has outstanding variety in its heritage, history, rural character along with modern developments – which when brought together with existing and future economic development opportunities will help to create a dynamic, modern, urban place. Industry in Camden is well positioned to participate in some of the fastest growing market sectors, some of which include:

The Camden region is the fastest growing Local Government area in the country, with the population growing by a staggering 37.9% between 2011 and 2016

With the expanding industrial areas in suburbs such as Narellan, Gregory Hills and Smeaton Grange, Camden is also home to a range of large commercial businesses along with a new business park which may attract plenty of large corporations once the Western Sydney Airport is built.

As the population grows, higher density housing will also be developed, especially as the train network is increased, further adding to the construction boom in the industry, which employs a large proportion of locals.

With the median house price in Sydney over the $1 million mark, it is no surprise that the Camden region is popular for aspiring first home buyers, especially those looking to take advantage of the NSW FHOG. and the Stamp Duty concessions available.

According to APM Data, the median prices in Camden are as follows (as of December 2017):

The median prices mentioned above shows the region is comparatively more affordable than many other parts of Sydney. First home buyers are able to take advantage of NSW FHOG of $10,000 – for brand new homes. In NSW, first home buyers are also able to enjoy stamp duty exemptions (for both established & new houses) up to a purchase price of $650,000 and stamp duty concessions up to $800,000

Other popular & more affordable suburbs in the Camden region include (house price median as of December 2017):

A boom in the construction industry in the Camden region has also resulted in a greater number of house & land packages becoming available in the area and allowing first home buyers take advantage of the $10,000 FHOG in NSW and affordable prices relative to other Sydney regions. 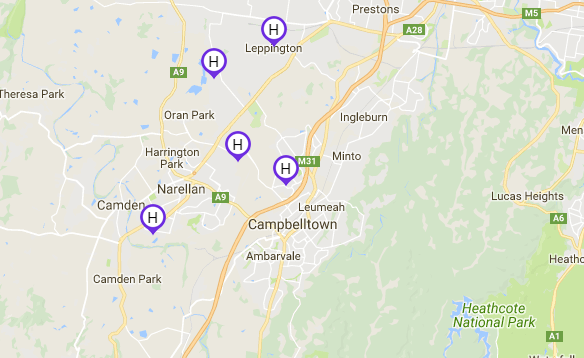 Looking to determine if you have saved enough for your first home in one of the above suburbs? Click here to use our Eligibility Estimator.

How can FHBA help secure your first home in Camden?

Buying your first home can be quite tricky. That’s why at FHBA we are with you every step of the way, even as far as helping you move into your first home!

Your FHBA Coach will explain all the steps, determine your borrowing capacity, offer suitable loan options, compile your loan application paperwork and even assist you with applications for the FHOG in NSW. Click here to get pre-approved with a no-charge assessment!

We have access to a range of brand new property opportunities for aspiring first home buyers looking to buy in the Camden region and surrounding areas (all with FHOG eligibility + the FHBA 50 Rebate!). Be sure to complete the form at the bottom of this page if you are interested and want to know more about the exciting apartments, townhouses and house & land packages we have access to. Alternatively, search our large range of properties by clicking here.

FHBA assists first home buyers looking to buy an established home – regardless of budget, property type, or property location, we will not rest until you have successfully settled on a property you have chosen & you have comfortably moved into your first home.

If you are looking for more information or if you have any questions, please complete the form below to speak with an FHBA Coach.