On numerous occasions during the 2016 election campaign, various members of the Coalition have been asked to explain what policies or tax reform they will be introducing to address the housing affordability crisis for those aspiring first home buyers that are locked out of the housing market. Their one and only answer to this question has been to say that they willwork together with Local, State & Territory Governments to increase supply of housing. This we all know is easier said than done, especially in the near future. The Coalition Government has been saying this since they were elected and yet first home buyers have still never had it harder. Whilst FHBA agrees that increasing housing supply is part of the solution that will definitely help aspiring first home buyers enter the market, it doesn’t solve all the issues first home buyers face by itself.

With only 4 sleeps left until Election Day, we continue to hear the same from the Coalition, with no specific details. Even as late as yesterday on ABC’s Q&A show, our Co-Founder Daniel Cohen joined the audience to ask our current Finance Minister Mathias Cormann; “Why is the Coalition doing nothing to help first home buyers. If you don’t agree with the reforms of the Labor Party, why not introduce reforms of your own?”

Cormann’s response was to simple say “The best way to increasing housing affordability is to increase supply of housing”. Yes Mr Cormann, it is one of the best ways to improve affordability, but it alone won’t improve the headwinds our young Australian’s are facing when setting out to achieve their Great Australian Dream. To view Mr Cornmann’s response to Mr Cohen’s question please see the video below:

HOUSING AFFORDABILITYHOUSING AFFORDABILITY
Finance Minister Corman, why aren’t you doing a thing for struggling first home buyers, at a time when first home buyer activity is at record low’s and investor activity is at record highs? Just last week on Hack Live on ABC we heard it was easier for an investor to buy his 201st investment property than a first home buyer to purchase their first. If you don’t agree with Labor’s negative gearing proposal, why not consider alternative way’s of reviewing the negative gearing & CGT schemes?

What do you think?

Over the last 24 months, these are some of the other ideas past and present members of the Coalition have introduced to solve the housing affordability crisis:

Don’t we all wish we could have solved the crisis by just finding a better paid job or by having rich parents that can help us purchase our first home? 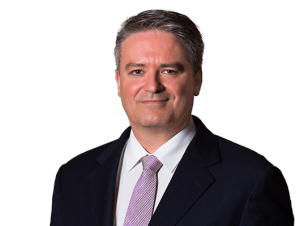 Does Increasing Supply help aspiring first home buyers save for a deposit?

Up to a certain extent, it may help first home buyers that are currently saving, as increasing supply will have the effect of limited the price gains we have seen in the last few years, therefore this will provide first home buyers with more clarity on how much they will required to save to reach their goal. A recent survey conducted by FHBA found that 85% of survey respondents said that the biggest problem they faced in obtaining their first home was related to the deposit, the highest transaction cost component stamp duty) and the cost of housing itself. In addition, record low interest rates, rising rent prices, high stamp duty costs and the removal of the First home savers account doesn’t help aspiring first home buyers that are currently saving.

Part of FHBA’s 5 Point Plan petitioning the Government’s for change we address these issues by proposing Stamp Duty reform (at the State Government level) and the return of the First Home Savers Account (Federal Government level) with more attractive features to increase take up of this account. To view our petition, please click here.

Traditionally, units and apartments were generally for those buyers who couldn’t afford other forms of housing as they provided a great entry level solution for those getting onto the property ladder. Whilst the first home owner grants are available to those buying off-the-plan/new apartments, most new developments are now considered luxurious, mainly because the developers are targeting foreign investors (& baby boomers) who are cashed up and are willing to pay the premium to purchase these apartments with all the amenities that a hotel would usually have. A perfect example can be seen below; a 2 bedroom apartment in Western Sydney priced from $846,000 fixed with modern and luxurious finishes: 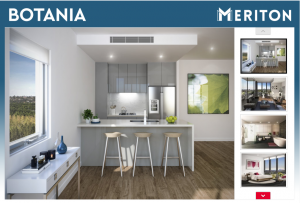 This particular apartment will not be eligible for the grant or any stamp duty concessions and is out of reach for the majority of aspiring first home buyers in Sydney. It is one of numerous examples.

One way to solve this problem could be to introduce policies that encourage more affordable, entry level housing development. Not all new apartments need to be ‘luxury’.

How long will it take for the Coalition to implement policies in conjunction with the State Governments and local councils?

In the ABC Q&A Interview above, Mr Cormann states that ‘the housing affordability issue is real and the way to deal with it is to work with State & Territory Governments to free up the release of land and increase the supply of housing’. FHBA agrees with Mr Cormann here but we are concerned about the time it will take to worth the State & Local Governments to fast track the supply of land and new housing. If the Government really cared about the issue they would have acted on this in the last few years of being in Government, instead of just talking about it. Now that the Election is upon us this is their featured response to addressing housing affordability. Some more imagination and thinking outside of the box would be nice to see.

The issue of housing affordability is happening now, it needs attention now. With State & Local Governments having a tendency to act slowly and react too late, we don’t believe any significant solutions will be forthcoming in the near future. This will have the effect of delaying the Great Australian Dream of home ownership for young Australians.

Nothing to help First Home Buyers save a deposit

Another issue is the deposit saving phase, which is the hardest part about being a first home buyer. Neither major party has addressed this serious issue. Stay tuned for our blog on who to vote for if affordable housing is most important to you later this week, which will provide you with some further insights so you can make an informed vote this Saturday.