Government delivers on housing affordability on budget night? Well…..sort of yes….sort of no

On Tuesday the 9th of May 2017 federal Treasurer Scott Morrison handed down the government’s first budget since narrowly winning last year’s Australian election. For more than two years First Home Buyers Australia (FHBA) has been lobbying the government for policies to assist first home buyers compete with investors and enter the property market. We take a look at what was announced on budget night in relation to housing affordability.

There were multiple housing affordability measures announced by Morrison on Tuesday evening from Parliament House:

However, the biggest talking point from the budget is the government’s plans (subject to passing legislation) to allow first home buyers to salary sacrifice a proportion of their pre-tax wages towards their home deposit. The proposal, called the ‘First Home Super Saver Scheme’ (or FHSSS), would provide first home buyers with tax concessions and potential greater investment returns, thereby boosting first home buyer deposits by approximately 30% according to the government (depending on circumstances and amount salary sacrificed). Here’s how the FHSSS would work:

Please note all the housing polices announced by Morrison on Tuesday night will be subject to being passed into law by Parliament. As Australia’s premier first home buyer orgnisation, we promise to keep you posted on updates to the FHSSS (and if it does become law, we will provide further info on the scheme and how you can access it). 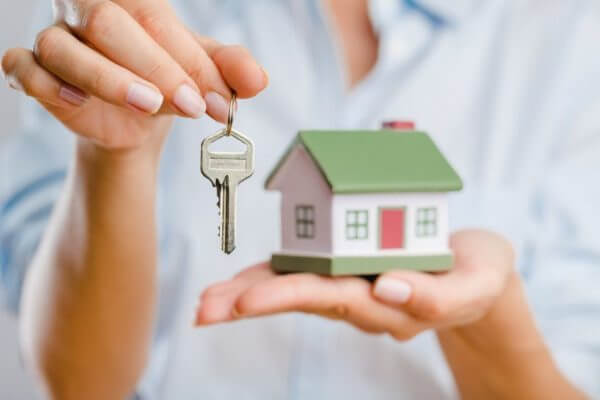 “Additionally, over the medium to long term first home buyers will also benefit as more affordable housing is built on the back of new housing supply programs outlined by the Turnbull government”.

However, unfortunately if you have already saved your deposit and are planning on house hunting this weekend, none of the measures announced will assist you Daniel said.

While FHBA is pleased to see that the Turnbull government will assist Australians save a deposit more tax effectively (and quicker), as well as new measures to increase affordable housing supply, we are extremely disappointed that there was barely any cuts or reductions to investor tax incentives such as negative gearing and the Capital Gains Tax (CGT) discount.

“Local investor activity is currently at all time highs. Unless there are some tighter controls to investor lending or decreases to generous investor tax incentives, investors will continue to buy up the housing supply and dominate the property market” said fellow FHBA co-founder Taj Singh. “The Turnbull government cannot ignore this problem if it’s serious about addressing housing affordability’.

Its another morning of auctions in Sydney… https://t.co/EiV3pvp9sP

The government has released an online estimator so you can see how the “First Home Super Saver Scheme” could benefit you. Try the FHSSS estimator online here