The housing finance data for May 2016 was released yesterday by the Australian Bureau of Statistics (ABS). The report showed that the number of first home buyer commitments as a percentage of total owner occupied housing finance commitments fell again (down to 13.9% in May 2016 from 14.4% in April 2016). If we compare this result on a year on year basis the decline in first home buyer numbers is even greater. We have seen a drop from 15.6% in May 2015 to 13.9% in May 2016. This is of great concern as it shows only 1 in 7 (approx) owner occupier buyers are first home buyers. Not to mention all the investors in the market.

The only positive that we can draw from this data is that the average national first home buyer loan fell again to $326,400, which could suggest:

Following the release of the ABS report, FHBA prepared some analysis which revealed how the level of first home buyer activity has been dropping since the Coalition Government took power in September 2013.

Fellow FHBA Co-Founder Daniel Cohen echoed Taj’s thoughts. “The Coalition’s one and only answer to addressing housing affordability has been to say that they will work together with Local, State & Territory Governments to increase supply of housing. This we all know won’t happen overnight, it could be years before the increase in supply comes onto the market. The issue of housing affordability needs urgent attention”. 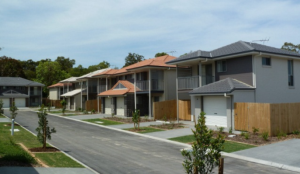 Yesterday we posted ‘What a re-elected Coalition Government means for first home buyers’. It included what measurers we would like to see the Government adopt to address housing affordability. You can view that post here.

Taj finished with a warning to the new Government. “First home buyers need help right now. Increasing supply is not going to make an immediate impact. It doesn’t address the core of the problem, which is the ability for a first-timer to put a deposit together. More needs to be done to support those saving for a deposit, urgently, before first home buyer activity falls much further”.