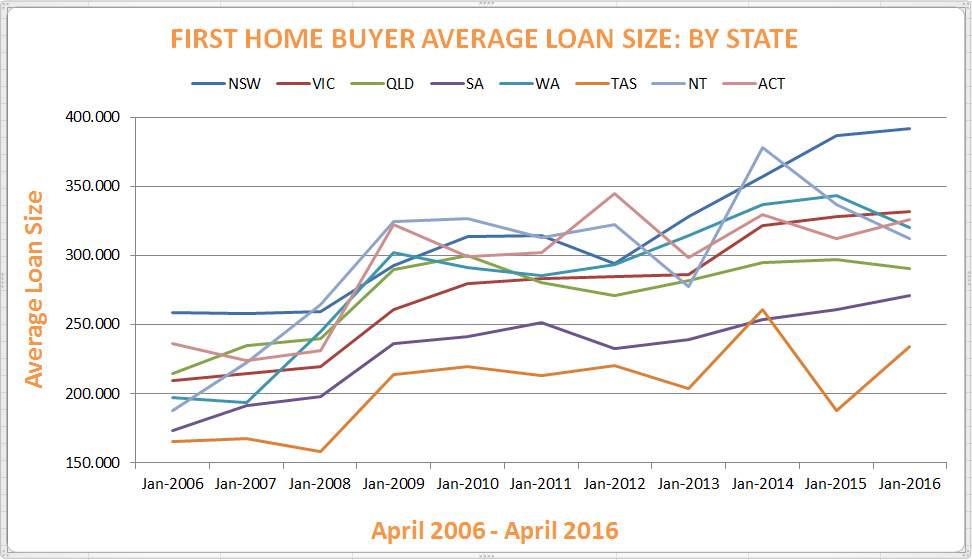 “The graph shows the increasing amounts first home buyers are borrowing in order to purchase their first home. These increases are also significantly higher than the wage growth over the past 10 years” said Daniel.

From the graph we calculated the following percentage increases by state loan sizes between April 2006 to April 2016 (using a year on year method for the month of April):

In addition to the fact that first home buyers are having to borrow higher amounts, the % of first home buyers borrowing to purchase their first home is diminishing to the lowest levels on record as they struggle to compete with other buyers, especially investors who are aided by record low borrowing rates and generous tax incentives, such as negative gearing. 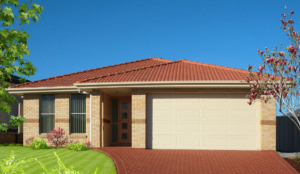 “As mentioned in our media release last month, housing affordability has been a issue of debate over the last few years, however it is not a debatable issue anymore” said FHBA co-founder Taj Singh. “It is something that is happening now and needs urgent attention otherwise the Great Australian Dream of home ownership is going to be out of reach for many young Australians”.