By First Home Buyers Australia
Posted May 27, 2016
In Grants & Incentives, Latest news
NT launches new measure to help first home buyers2016-05-272017-01-17First Home Buyers Australia - FHBAhttps://static.fhba.com.au/uploads/2016/05/where_can_I_afford-300x200.png200px200px
The Northern Territory Government this week announced first home buyers will be able to receive up to a $10,000 exemption in their Stamp Duty costs when buying an established home to live in.
Called the First Home Owner Discount (FHOD), eligible Northern Territory first home buyers will receive a 50% discount on Stamp Duty charges up to a maximum discount of $10,000. The discount only applies to eligible purchases of established properties between 24 May 2016 and 30 June 2017, at which time the Government will review whether to extend the discount offer.
Unfortunately the discount will not apply to new home builds, however they will still be eligible for the First Home Owners Grant. 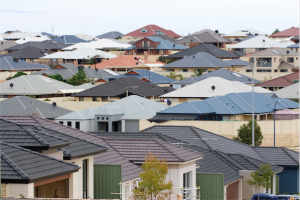 The discount is for established housing

Taj said regardless of which Government wins the Northern Territory election in August, FHBA are pleased to see first home buyers in focus. “There are many properties on the outskirts of centers like Darwin that first time buyers will be entitled to a Stamp Duty discount on”.

To explore your State or Territory Government incentives for first home buyers please see our Guides for every State here.