Will first home buyers be better off with Labor’s early election promise?

On Saturday the 13th of February 2016, while young Australians were either enjoying their weekend, attending open houses, or working, the Leader of the Opposition Bill Shorten announced Labor’s tax reform proposal aimed to help the budget bottom line and address the major issue of housing affordability across Australia.

First Home Buyers have never had it harder

According to recent Australian Bureau of Statistics (ABS) housing finance data, the number of first home buyers in the market as a proportion of total buyers is at an 11 year low, making up just 15.1% of the total market in December.

What a Labor Government will deliver 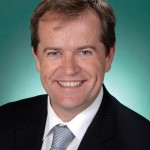 On Saturday, Mr Shorten proposed that under a Labor government:

“Labor will help level the playing field for first home buyers competing with investors and we will put the great Australian Dream back within the reach of the working and middle-class Australians who have been priced out of the housing market for too long” Mr Shorten said at the Labor conference.

FHBA applaud the Labor party for making this election promise and putting housing affordability on the election agenda. “The CGT discount reduction Labor has proposed is actually more aggressive then the reduction we proposed in our own 5 point plan” Mr Singh said on Saturday following Mr Shorten’s speech.

In relation to negative gearing, the proposed changes could add to housing supply as investors will now have added incentives to invest in new properties over existing properties according to many industry experts. FHBA co-founder Daniel Cohen said “Australia has tended to have under supply in the past, which has put upwards pressure on housing prices. Anything designed to help increase housing supply should help”.

“Investors make up almost 50% of the total market. If implemented, the proposed changes will likely dampen recent property price increases and may even lead to a small reduction in house prices relative to where they are now creating a market where first time renters would find it easier to become home owners. It could also lead to an increase long term property ownership and decrease unhealthy short term, speculative investing, which is a positive for the overall community” Mr Singh Said.

The problems with Labor’s proposal

There are a number of issues with the election promise from a housing affordability point of view FHBA have identified:

However, overall Mr Cohen says FHBA supports Labor’s proposal. “Certainly, we believe that these policies are better than the outdated ones we have currently”. Mr Cohen then jokes “and it’s far, far better than former treasurer Joe Hockey’s advice to struggling first home buyers just last year, advising ‘get a good job that pays good money’.”

Mr Singh said that FHBA were 100% behind the proposed CGT discount reduction and wished that it could “start ASAP”. In regards to negative gearing however, Mr Singh explained “we believe it would have been a better outcome if negative gearing was wound back equally across both established and new properties. This would have the effect of not adding any additional unneeded rental price pressures. It would also mean that first home buyers wouldn’t find it even harder to buy new homes, such as popular house and land packages. We have previously proposed that interest, one of the biggest tax deductions investors’ claim, be reduced from 100% deductible to 50% deductible. We believe this would have at least the same benefit to the Government budget position, a less negative affect on rental property prices then Labor’s proposal and would allow first home buyers to better compete for new housing should this be what they are after”.

The other major issue with the announcement is that it would only come into effect if:

If you believe in Polls and bookies, then this seems very unlikely at the moment. But if the Coalition fail to offer a better solution to housing affordability, then Labor has our support for the sake of all aspiring first home buyers.

For more information on our lobbying efforts please click here.