Federal Shadow Treasurer Chris Bowen and NSW Opposition Leader Luke Foley joined forces on Friday to push the agenda for negative gearing reform once more at a press conference in Sydney. “Australia has the most generous tax concessions for property investment in the world. Malcom Turnbull and Scott Morrison need the courage to again take on the ‘excesses’ of negative gearing” said Mr Bowen.

Labor would like to see negative gearing only available only to investors investing in new supply housing. 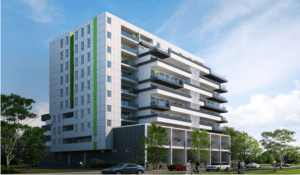 However, it could prove increasing troublesome for PM Turnbull and his leadership if internal liberal ranks continue to think differently to the PM on this ever increasingly important issue. “The former NSW Premier (Mike Baird) and Planning Minister (Rob Stokes) have called for a consideration of reform. Even today, two of Malcom Turnbull’s own backbenchers have called for it to be looked at” said Mr Bowen on Friday.

First Home Buyers Australia (FHBA) co-founder Daniel Cohen said neither party has the correct stance on negative gearing. “Labor is right, the current stance of negative gearing is very unfair to aspiring first home buyers across the country. However, Labor’s own proposed reforms are not right either. Allowing negative gearing to still exist on new dwellings, as well as grand-fathering provisions for existing investors in the market, will provide greater inequality in the property market”.

FHBA is calling for the Turnbull government to consider less drastic changes to negative gearing. In FHBA’s petition to the Government, FHBA has suggested that interest costs on investor loans should only be partially tax deductible, rather than fully tax deductible. “Interest bills are the majority of investors largest tax deduction. By making this adjustment to the policy, you are saying to investors, you can still negative gear, but the tax treatment will no longer be as generous as it is currently. It would create a much fairer market for everyone” said Mr Cohen.

To see FHBA’s petition to the Government for change and to show your support visit the petition online @ Change.Org.